Kizevak and Sastavci are two past-producing zinc, lead and silver open pit mines located within the Raska District. The Kizevak and Sastavci exploration licences cover a total area of 3.28 km2 and are contiguous with Tethyan’s existing exploration rights in the district. In May 2020 Tethyan purchased a 10% ownership stake in EFPP d.o.o., and secured the right to acquire the remaining 90% at any time prior to 15th May 2021 (see terms below).

The Kizevak and Sastavci mines were discovered in the mid 1970s and operated by the Yugoslav State between 1984 and 2000, when mining ceased due to conflict in the region. The projects benefit from numerous infrastructure advantages including water, power, road and rail access all within 5 kilometres, and a local workforce with a long history of mining. Additionally, the land comprising the wider project area is designated for mining purposes under the Serbian State spatial plan, providing many permitting benefits and efficiencies.

Tethyan has completed a review of historic data and digitised historic drilling and underground sampling results from which initial drill targets have been identified for both verification of the location and tenor of mineralisation, as well as testing exploration potential down dip and along strike. Tethyan has also worked extensively along strike from the Kizevak and Sastavci pits within adjacent exploration licences since 2018, including soil sampling, detailed mapping and diamond drilling. This work resulted in significant intercepts reported in September 2018 and the identification of undrilled targets at the Kizevak South and Sastavci Gold prospects. 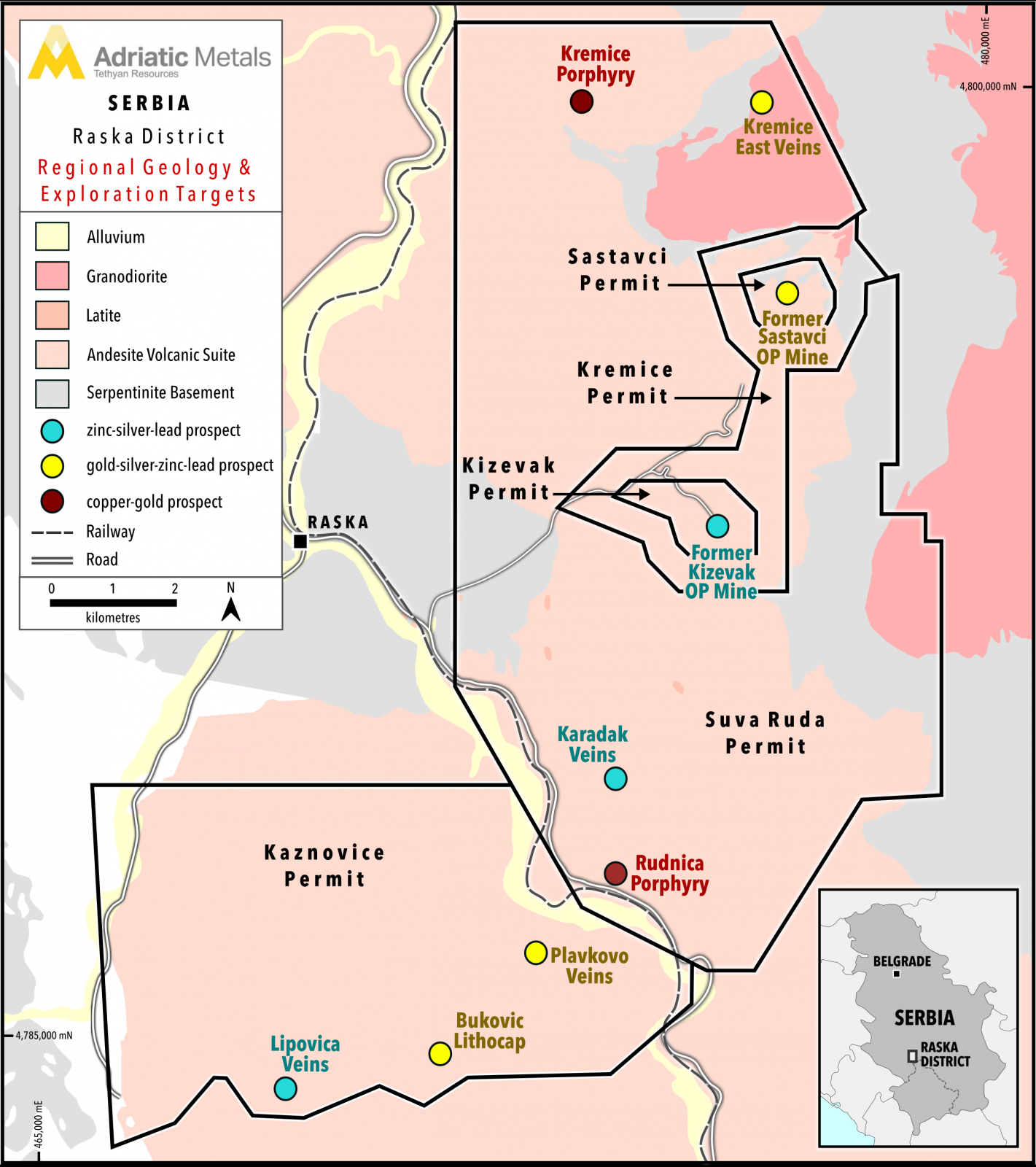