The Tethyan Metallogenic Belt formed as result of the convergence and collision of the Arabian, African and Indian tectonic plates during closure of the Tethys Ocean and extends from eastern Europe to Southeast Asia.

In the Balkan region, the Tethyan Orogeny resulted in the formation of several distinct arcuate belts of accreted microcontinents, obducted marine sedimentary rocks and ophiolites, within which discrete clusters of porphyry-copper-gold and polymetallic epithermal and carbonate replacement deposits have formed. 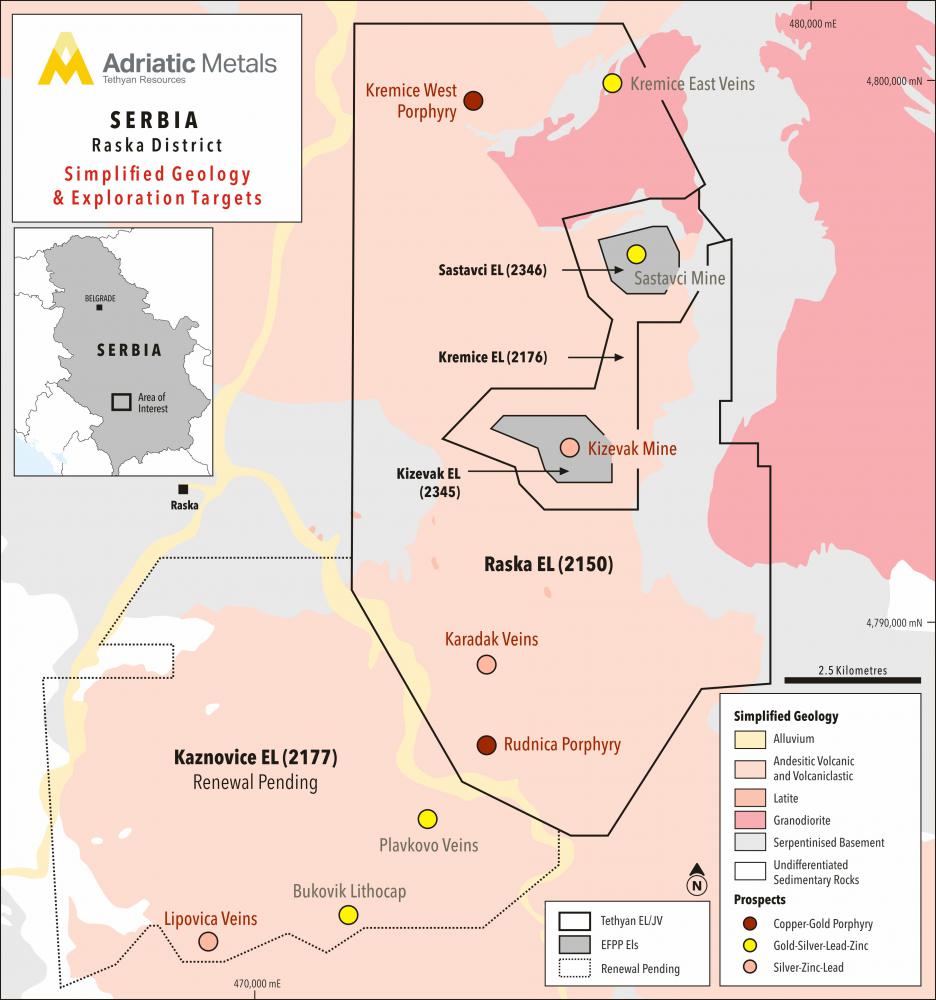