We are pleased to report assay results from seven diamond core holes (Tables 1 to 3) at Kizevak (Figures 1 to 3) and Adriatic’s first drill hole at Sastavci (Figure 4). Kizevak continues to yield thick zones of polymetallic mineralisation, and confirmation drilling at Sastavci has been complemented by the discovery of a separate, large gold bearing structure.

KZDD-017 was collared in mineralisation and intercepted two mineralised zones near surface in an area with no historic drilling:

KZDD-021 intercepted a narrow, but high-grade structure along strike to the southeast from KZDD-017:

SSDD-002 has confirmed the presence of near surface polymetallic mineralisation reported historically, as well as a newly discovered, broad gold anomalous structure at depth:

The latest drill results have continued to define broad, sub-parallel, near-surface zones of mineralisation and holes KZDD-017 and KZDD-020 prove that significant mineralisation exists outside of the historically defined resource limits. The drilling at Kizevak by Adriatic to date is over a strike length of 300 metres to a depth of 170 metres, and has defined at least two subparallel, 15 to >50 metre thick zones of mineralisation which remain open in all directions. Drilling will continue to focus on the along strike and down dip extents of this zone and the whole 1200 metre strike length as defined by historic work.

Hole KZDD-020 was drilled to test 50 metres along strike from KZDD-001 (previously reported by Tethyan) and both have returned broad zones of moderate grade polymetallic mineralisation which include well defined, high grade domains.

KZDD-018 was drilled between two previously reported drill holes (KZDD-002 and KZDD-013), and has demonstrated excellent grade continuity between intercepts. Like hole KZDD-002, this hole also intercepted gold mineralisation of a higher tenor, suggesting that there is potential for more gold-rich parts to the system in this part of the deposit.

KZDD-017 intercepted two broad zones of moderate to high grade mineralisation from surface, and is open down dip in an area of no historic drilling. This hole was drilled in the same area as KZDD-004, KZDD-005 and KZDD-010, all of which intercepted mineralisation at or near surface over broad intervals, and open to depth.

SSDD-002 is the first hole to be drilled by Adriatic at the Sastavci past-producing open pit located 3.5 km north of Kizevak (drill hole SSDD-001 was abandoned due to drilling difficulties, and not sampled). The results from SSDD-002 confirm the presence of polymetallic mineralisation at surface and have also resulted in the discovery of a gold-bearing sheeted pyrite-arsenopyrite vein zone at depth. The near surface polymetallic mineralisation occurs over a broader interval than reported historically, and represents an excellent exploration target.

The gold bearing zone in SSDD-002 is significant as it is located approximately 500 metres south of a gold soil anomaly associated with vuggy silica and silica-flooded andesite representing a possible high-sulphidation type gold target, which has never been drill tested (Figure 4). Review of historical data indicate that silica alteration at surface is coincident with a large 1500 by 800 metre, northwest striking IP chargeability anomaly, and that the Sastavci historic open pit sits on the southern flank of the chargeability and gold soil anomaly. 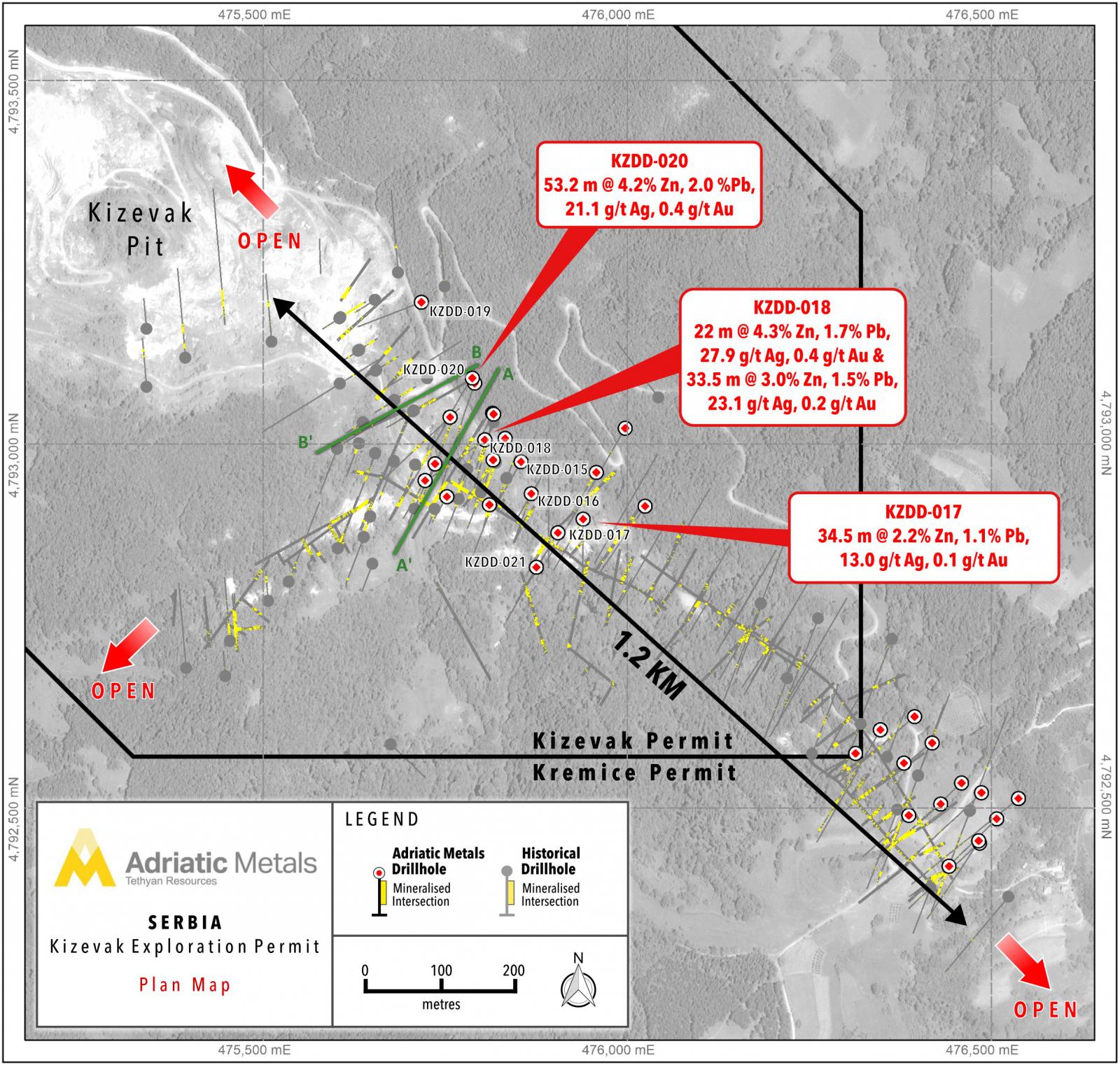 Figure 1: Plan view map of the Kizevak project showing historic and Tethyan exploration drilling and adits, including highlighted results from recent drilling. The inactive Kizevak open pit is visible to the northwest, and mineralisation extending to the southeast and northwest is entirely open for expansion through further drilling. 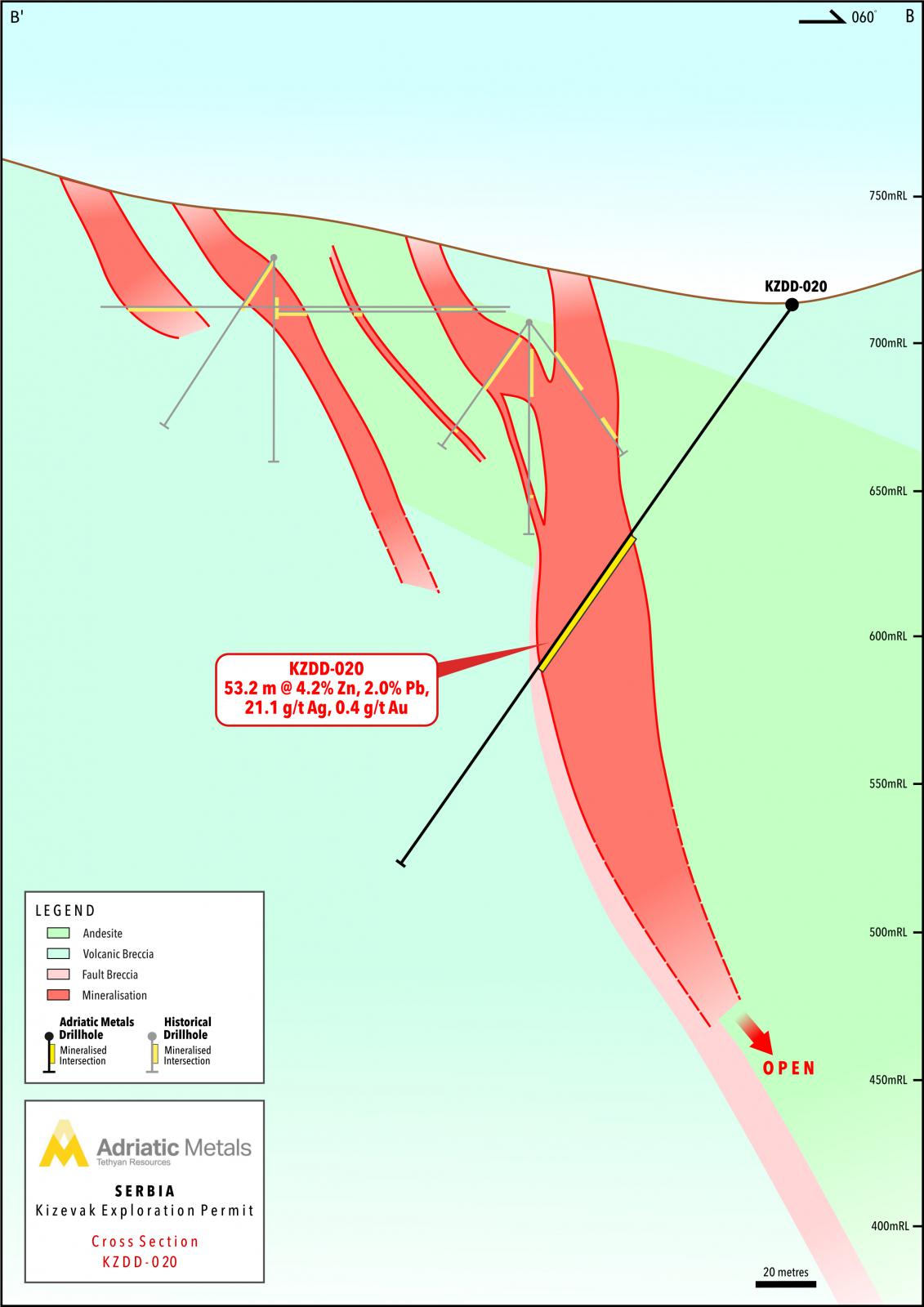 Figure 4: Plan view map of the Sastavci project showing historic and Tethyan exploration drilling and adits, including highlighted results from recent drilling and the northern gold in soil anomaly. 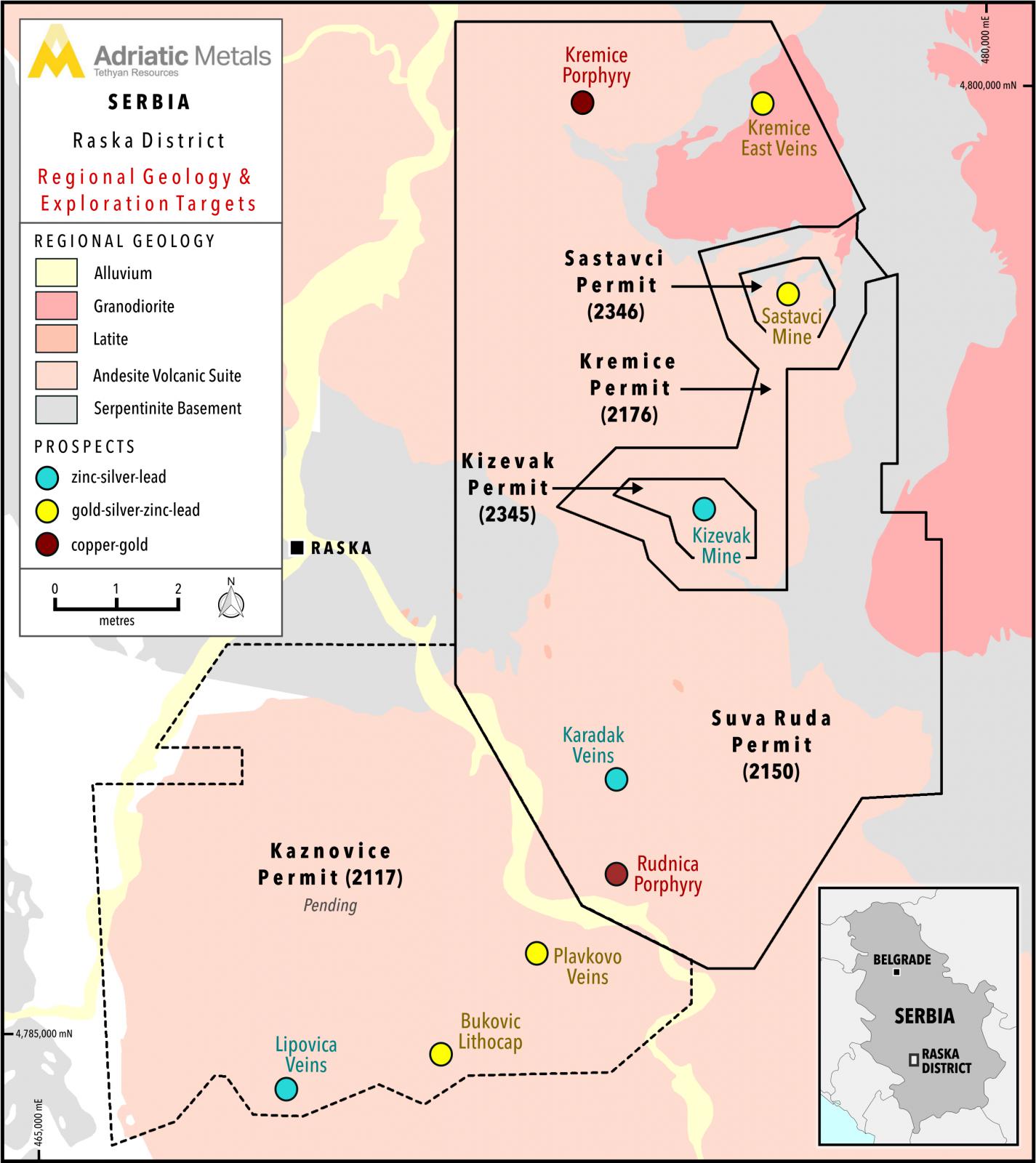