Kizevak has 29,000m of historical exploration surface drilling and 7,000m of underground exploration. Over 12,000m has been drilled by the Company since 2018. At Kizevak, the mineralisation has a 900m strike length which has been identified and drilled to 200m below surface. Sub-parallel structures discovered. Mineralisation discovered beyond the historic resource outline.

Ground magnetic surveys show broad magnetic lows representing magnetite-destructive alteration are coincident with strong polymetallic soil anomalies and identified mineralisation. Numerous targets in the peripheries of the main Kizevak trend are yet to be tested by drilling. 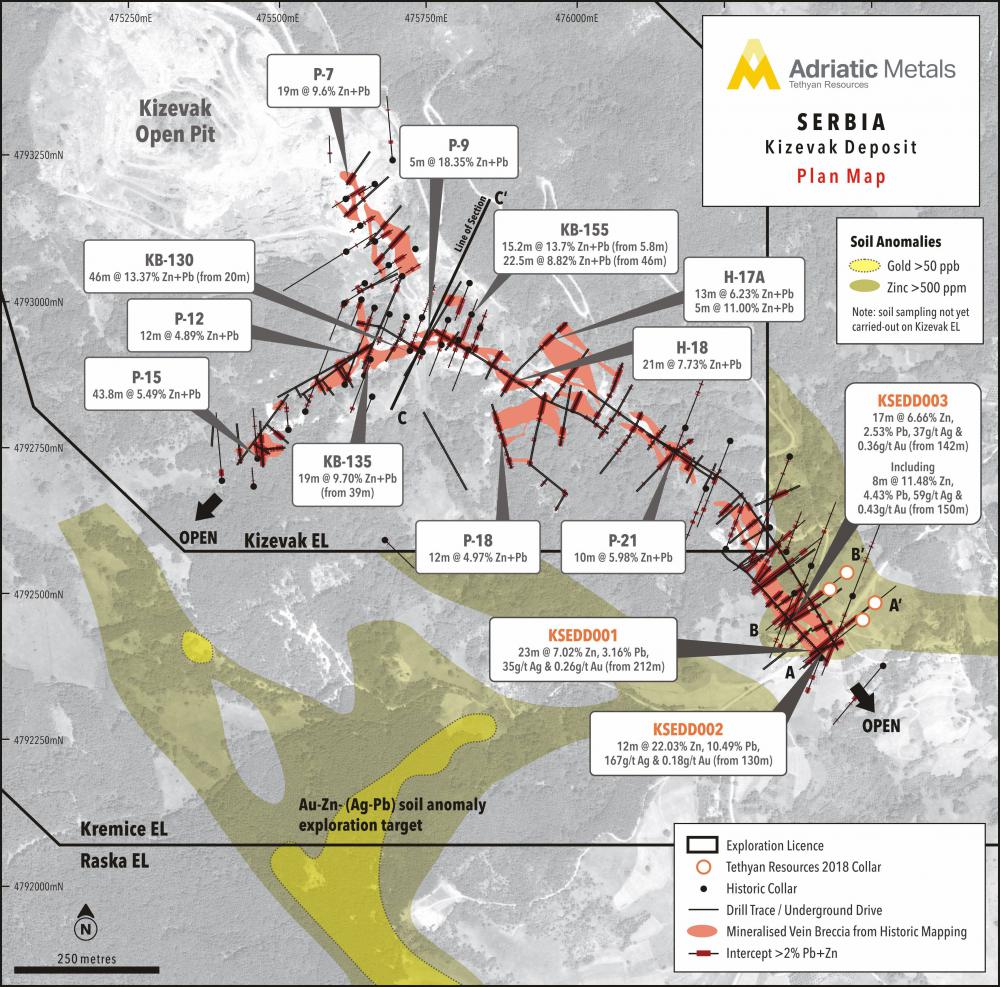 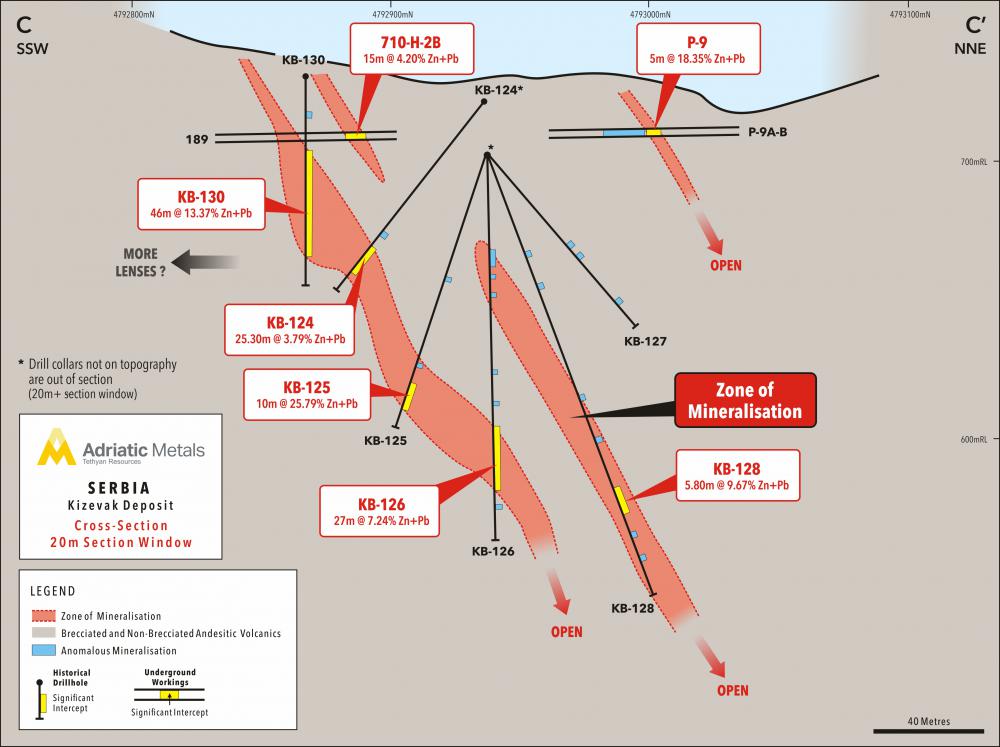 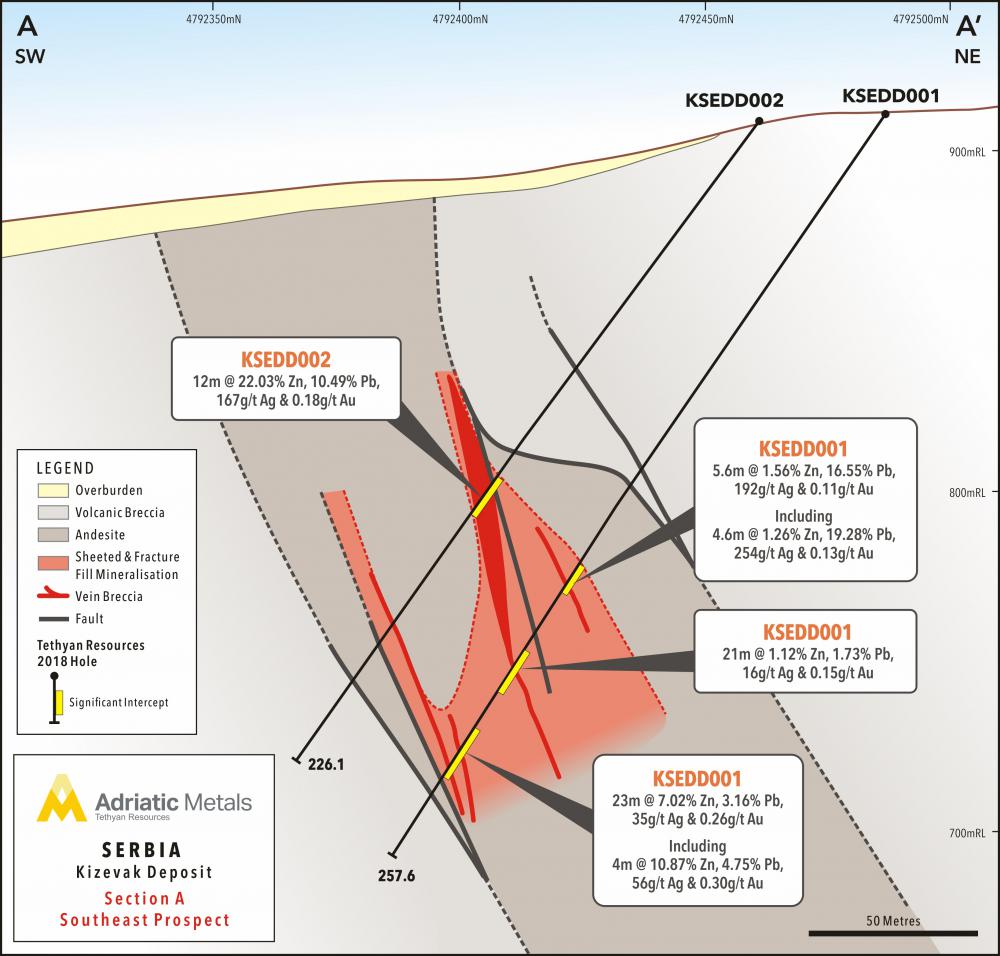 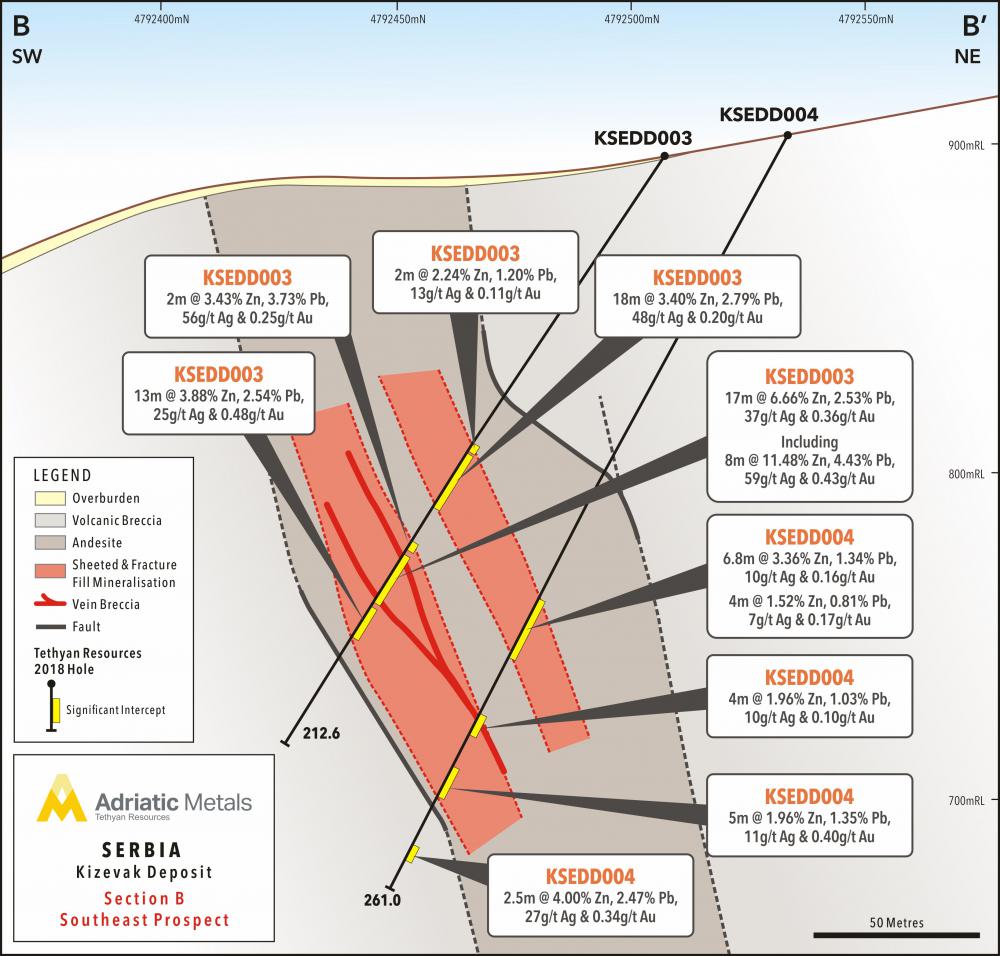