Staff and family from Eastern Mining join the Vares Community in a clean-up operation.

More than 50 volunteers, including employees of Eastern Mining, took part in the "I love Vareš" clean-up operation on Saturday, April 10, organized at four locations throughout the municipality. The event was organised by The Scout Association "Zvijezda" Vareš, World Vision and Eastern Mining, who also financially supported this activity. The aim of the event was to clean up the town and its surrounding roads, and also develop awareness of the importance of preserving the environment and ensuring a better quality of life.

Aida Ahmedović, co-ordinator for social management at Eastern Mining, said: “This was not just a clean-up activity, but a way to raise the citizens' awareness of the environment and how to protect it. Not only the citizens of Vareš took part in the event, but volunteers also came from other cities such as Sarajevo, Zenica, Kakanj and Breza.”

This is the first of several planned events to help the town. Eastern Mining, through supporting this event, demonstrates its social responsibility, in addition to caring for its employees and the local community, the company is adhering to one of its key values - environmental protection.

"One of the key values of our company is caring for, and working towards the improvement of the local environment. We as a company are happy to participate in such activities," said Vildana Mahmutović, Environmental and Social Management Manager for Eastern Mining.

Eastern Mining has committed to help the local community in which it operates and through a series of projects, the company seeks to make quality changes in the lives of all residents of the municipality of Vareš, and also Bosnia and Herzegovina. 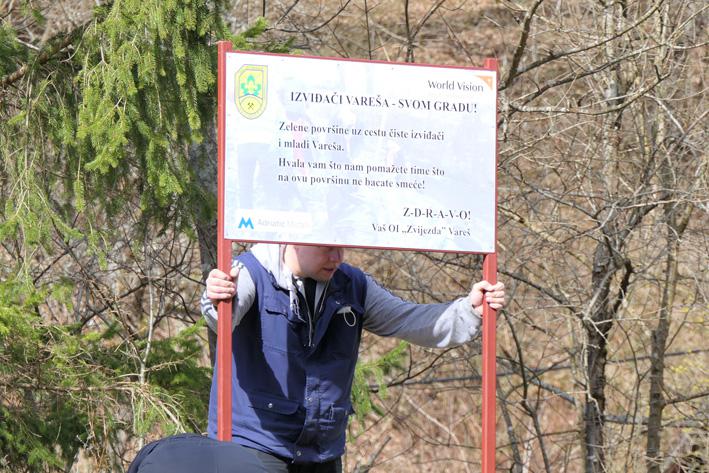