PAST PRODUCING, NEAR SURFACE BROWNFIELD TARGET

The Sastavci Prospect is a historically mined open-pit and like Kizevak ceased operations in the late 1990s, albeit it operated on a smaller scale.

SIMILAR MINERALOGY AND STYLE TO KIZEVAK

Like Kizevak, Sastavci represents an intermediate sulphidation epithermal-style mineralisation-type, that is structurally controlled within an andesitic volcanic suite of tuff and breccias intruded by diorite and latite dykes and stocks. Outcropping, steeply dipping, massive sulphide veins up to 5m wide are visible in the pit walls. Mineralisation at Sastavci occurs over a strike length of 1,200m and the mineralised zones are broader than reported historically. E.g., SSDD-004 was drilled adjacent to a historic intercept of 17m at 7% Zn+Pb but returned 45m of 4.3% Zn+Pb. Additionally, two additional sub-parallel vein zones outside the pit limits have been discovered by recent exploration drilling.

An 800 x 600m gold-in-soil anomaly north of the historic pit is coincident with strong massive and vuggy silica alteration within a broad quartz-sericite-pyrite-tourmaline halo.

Historic IP shows linear chargeability highs corresponding with mineralisation in the historic pit and extends northwards in several sub-parallel zones that have not yet been drill tested. 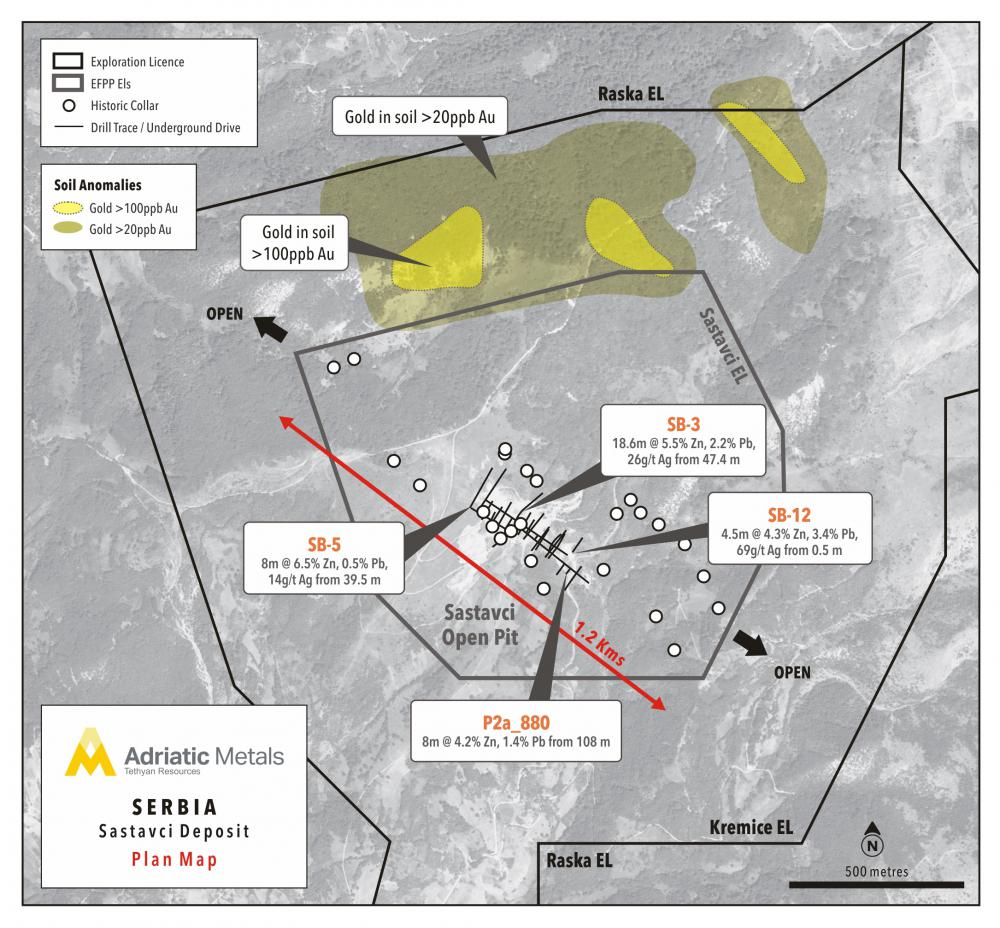