The Vares Silver Project consists of two deposits, Rupice & Veovaca, located approximately 12 km apart. Veovaca was a previously operating open pit mine producing lead, zinc and barite concentrates, but ceased operations in 1988. At this time Rupice was being drill tested, and whilst mineralisation was intercepted, the main orebody was not encountered until the project was acquired by Adriatic Metals in 2017.

The Vares Silver Project lies within a mountainous region with widespread forests and meadows. The Rupice brownfield site is located predominantly on the eastern side of the Vruci Potok valley on forestry land.

Historic mine workings are present throughout the Veovaca and Rupice areas, predominantly old iron ore pits in the vicinity of Vares, along with other worked-out open-pits and waste facilities such as those at Veovaca.

A national electricity grid is operated and maintained by the State company, JP Elektroprivreda BiH. Powerlines run to the open pit and abandoned processing facility at Veovaca, and thereafter to nearby villages. This line will be inspected and upgraded as necessary. A new powerline will be provided to deliver electricity to Rupice. A rail link exists from Vares to the port of Ploce in Croatia, and plans exist to extend the rail line north into the main Balkan network.

Potable water is supplied to all surrounding villages and the Veovaca plant site. It is maintained by JKP Vares d.o.o., a public company owned and operated by the Vares municipality. 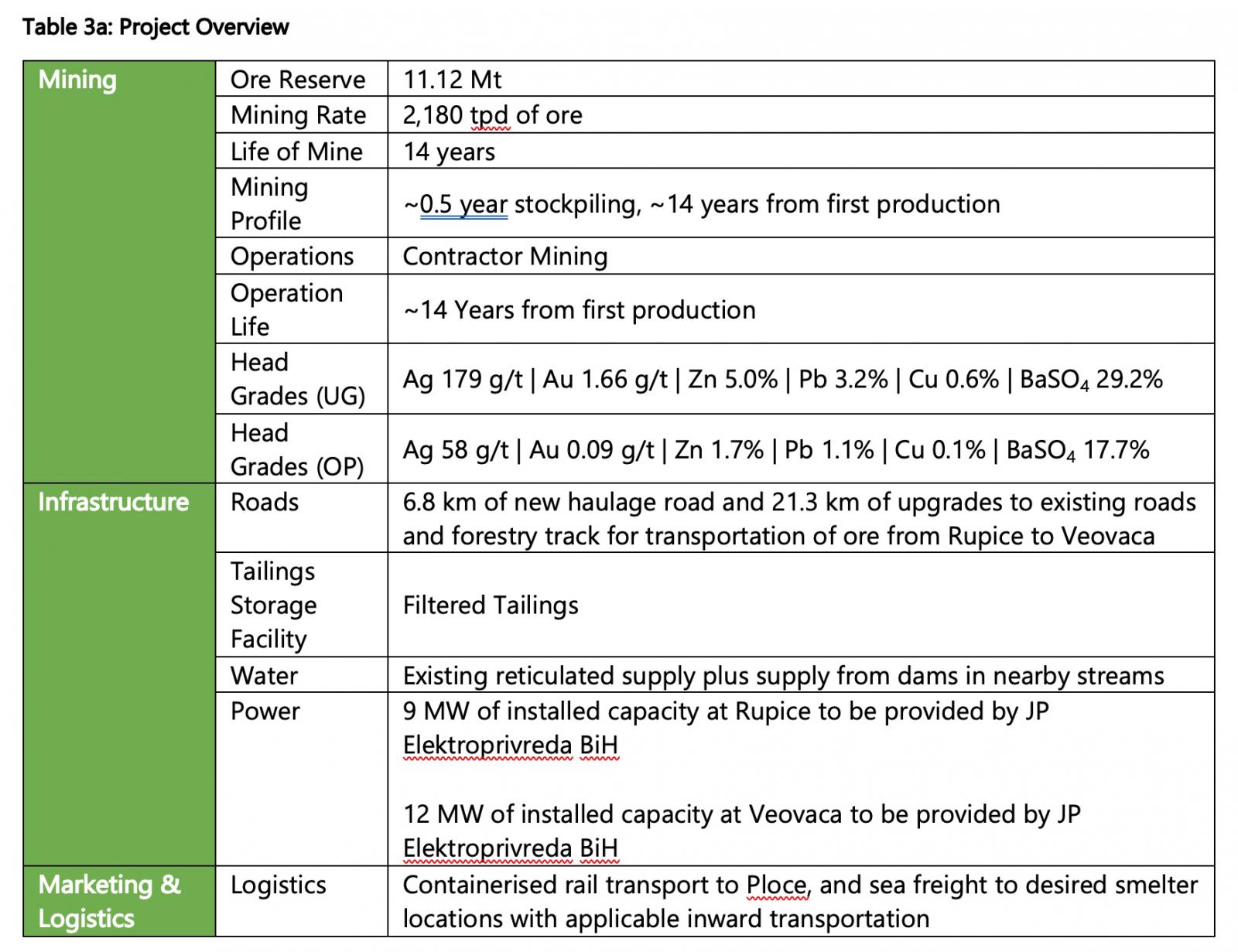 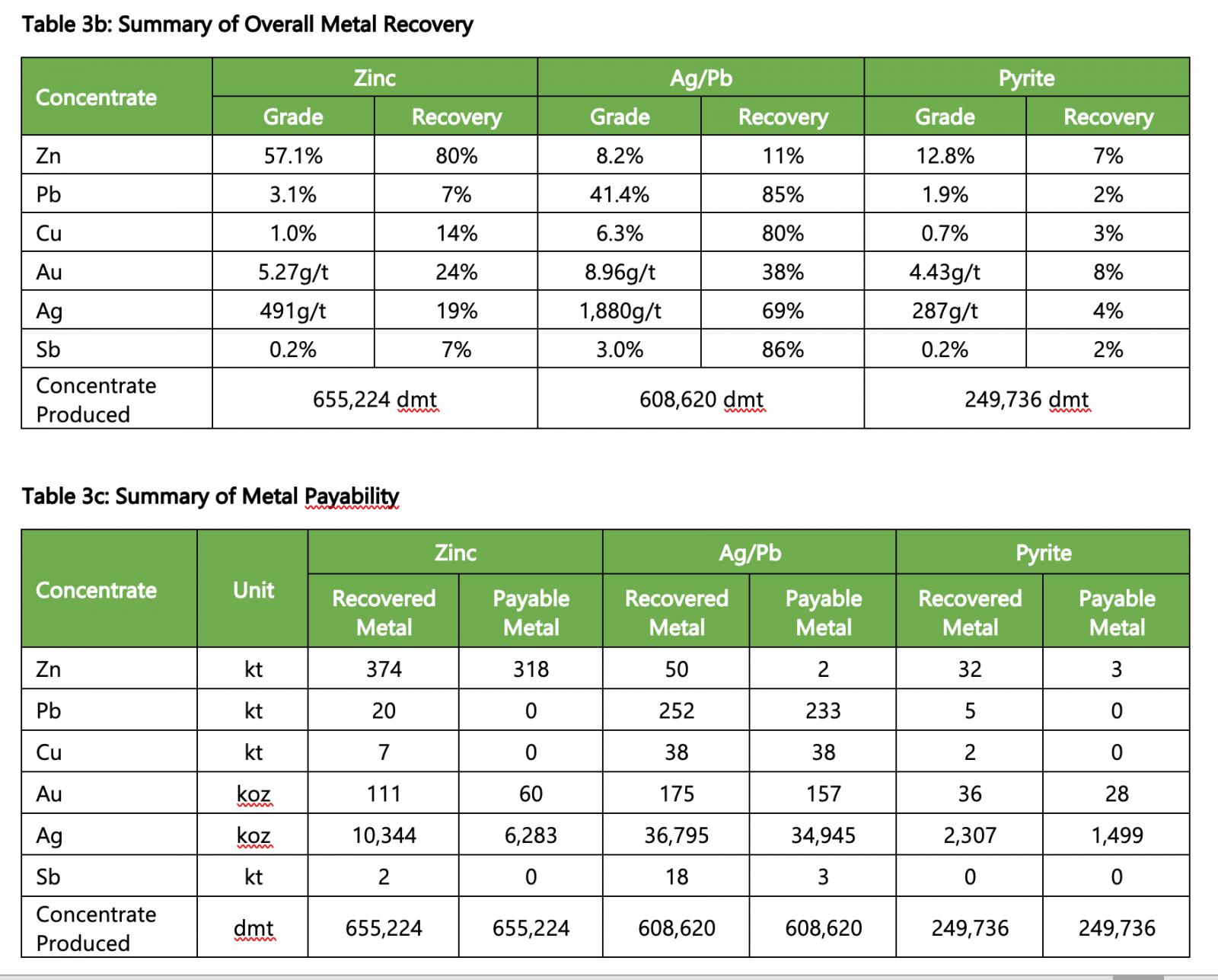 The capital and operating cost estimates were compiled by Adriatic with inputs from various engineering consultants, including Ausenco for the process plant and infrastructure and Axe Valley Mining Consultants Ltd (“Axe Valley”) for the mining costs. As this is a Pre-Feasibility Study, the cost accuracy is estimated at ± 25% and has a base date of September 2020. Preliminary engineering has been completed on critical packages to an advanced PFS level of definition including sufficient drawings to allow material take-off for bulk materials. All major equipment and bulk materials have been quoted directly for this project, as have local labour rates, while minor equipment costing, has been sourced from internal databases of recently executed projects completed by Ausenco and Axe Valley. Capital cost contingency for the initial capital were determined through risk assessment and line-by-line deterministic basis, resulting in a project contingency of US$25 million. Initial and sustaining capital costs, and LOM operating costs are summarised in the tables below. 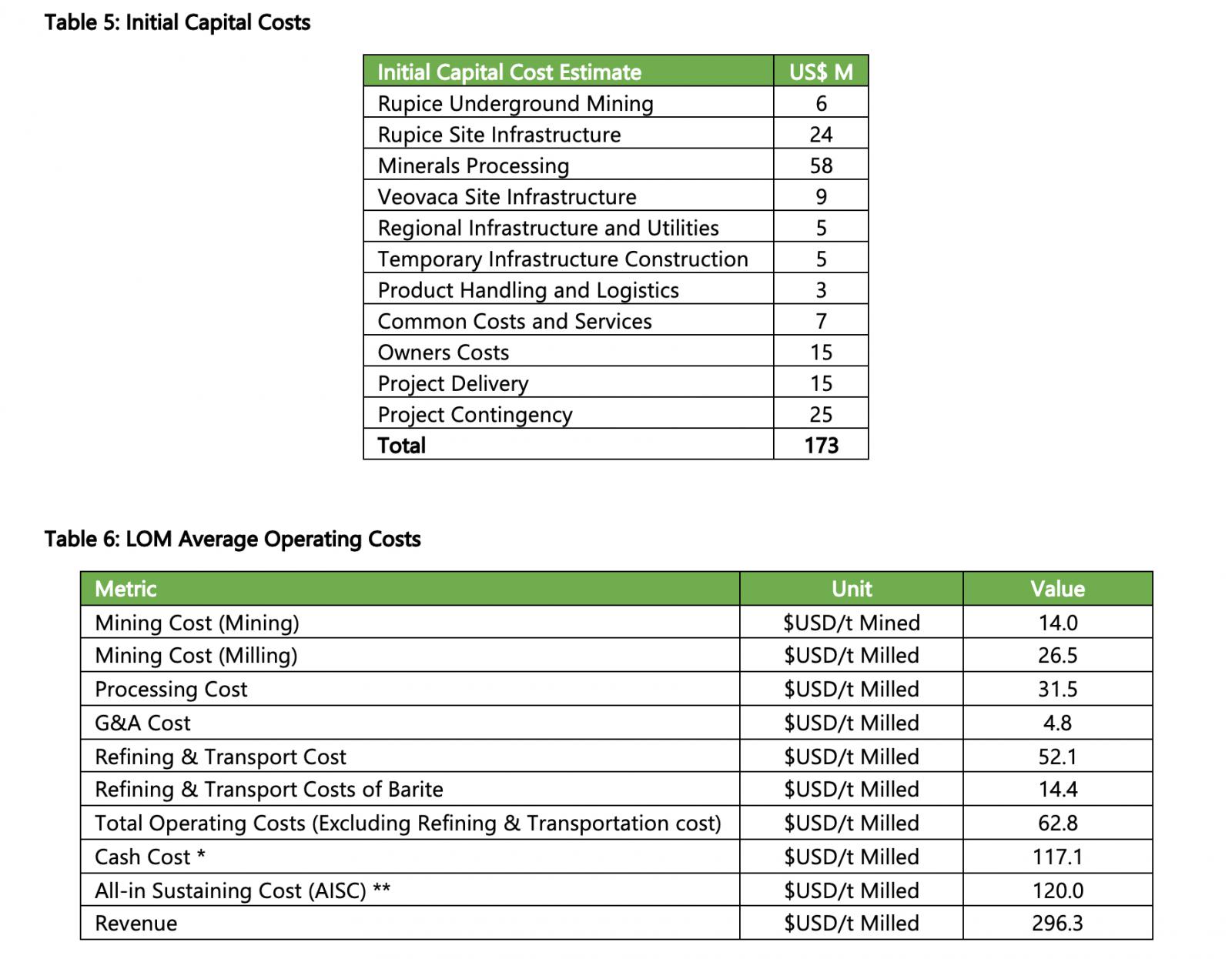