Recent reprocessing of gravity data over the Rupice and Jurasevac-Brestic areas has highlighted a number of significant geophysical anomalies.

Also, land access approval at Rupice and Jurasevac-Brestic has now been finalised, enabling Adriatic to complete the infill drilling at Rupice and to continue to extend the known mineralisation.

The original 2018 survey consisted of 249 survey points on a 50m station spacing, by 100m spaced lines. Each survey point was surveyed using a differential GPS.

Highly accurate Lidar topography data was used to aid with the reprocessing of the final gravity images.

This reprocessing was successful in demonstrating that the massive sulphide and barite mineralisation seen at the Rupice deposit, which has very high densities relative to surrounding barren sedimentary shales, limestones and marls, and shows as an intense gravity anomaly.

From this reprocessing, immediate, additional high-priority drill targets are apparent at the Jurasevac-Brestic prospect, and drilling will re-commence there shortly. These are primarily to the east of the Jurasevac adit and east of Adriatic’s drilling at the prospect to date. A number of additional gravity anomalies have also been highlighted, which also warrant drill testing. Historic and Adriatic Metals drilling at Jurasevac-Brestic has previously encountered patchy, vein-style mineralisation, but to date, no compact massive sulphide mineralisation. Indications now from this gravity reprocessing is that the drilling may have been targeting too far west, with the peak of the gravity anomaly being on the eastern side of the prospect.

The image below shows the Terrain Corrected (Total Bouguer TB) gravity image with drilling completed to date, with the most obvious target situated at the Jurasevac-Brestic prospect. An intense gravity anomaly over the high-grade massive sulphide mineralisation seen at Rupice confirms the validity of the gravity survey.

From the gravity image below, immediate, high-priority drill targets are apparent at Jurasevac-Brestic, and drilling will commence there shortly as soon as the next drill machine becomes available. The additional gravity anomaly targets will also be ranked and tested.

Due to the success of the gravity reprocessing, extension to the existing gravity grid is planned to cover the entire Rupice concession area from north of the Rupice deposit down to Borovica, 3 km to the south 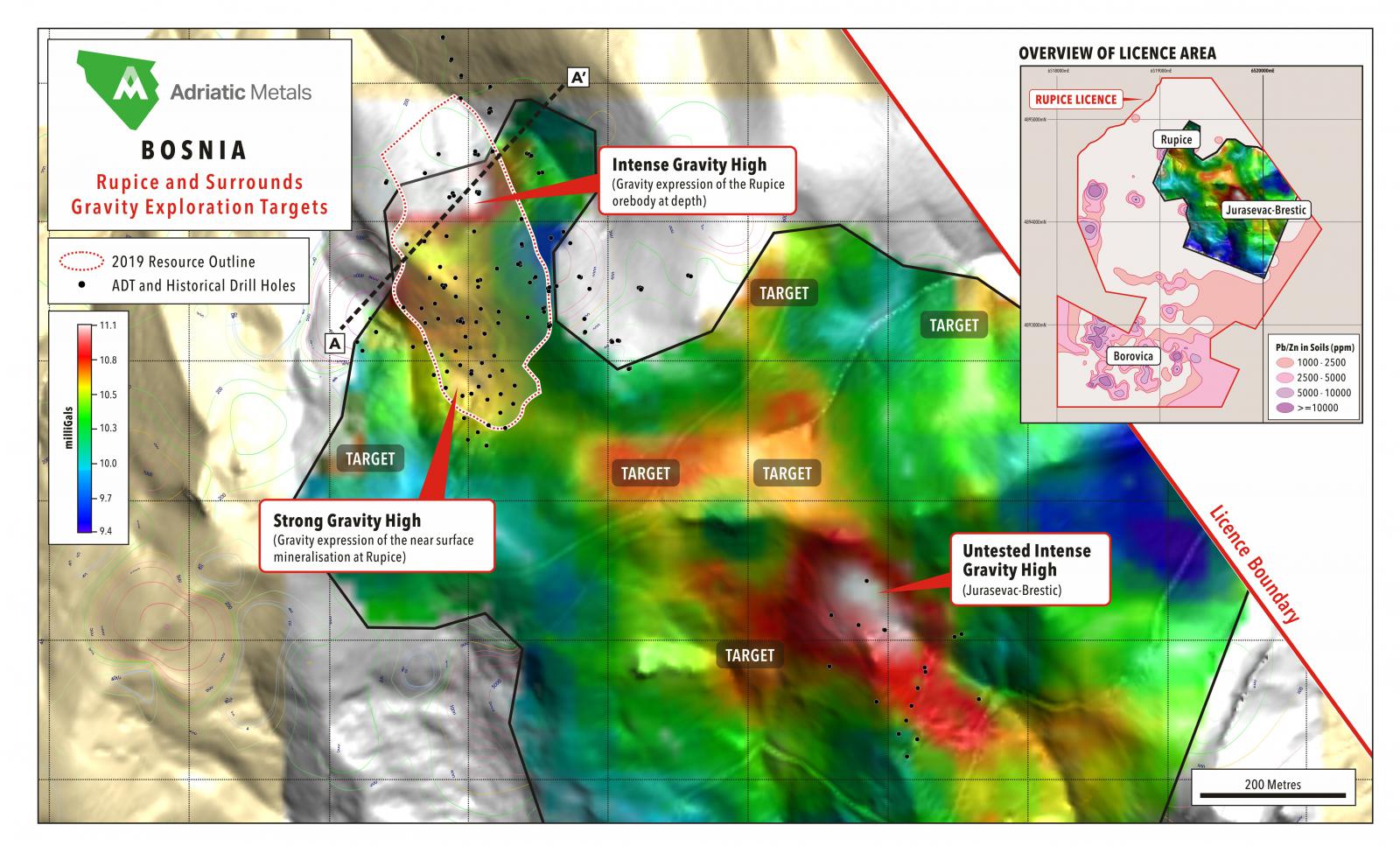