The Exploration Concession covers two main advanced polymetallic deposits located near the town of Vareš, which is approximately 50km north by sealed road from Sarajevo, the capital city of Bosnia & Herzegovina. Both the Veovaca and Rupice deposits have had varying degrees of historical exploration and exploitation, and several prospects within the wider Exploration Concession and in the nearby region also indicate encouraging signs warranting further exploration.

Adriatic, through its wholly-owned Bosnian subsidiary company, Eastern Mining d.o.o. owns 100% of two Concessions extending over the entirety of the Veovaca and Rupice deposits. Eastern Mining is the first company to undertake any exploration at the deposit and in the surrounding Vares District since the late 1980s.

Adriatic has compiled historical exploration information for the Concession and surrounding areas and entered this data into a database. Exploration by Adriatic has focused on activities at the Rupice and Veovaca areas within the Concession (recently extended by some 32.12km2), including geophysical programs (induced polarisation) and drilling of the historical resource both at the Veovaca and Rupice deposits.

The updated Maiden Resource Estimate for the Vares Project was released in September 2020. 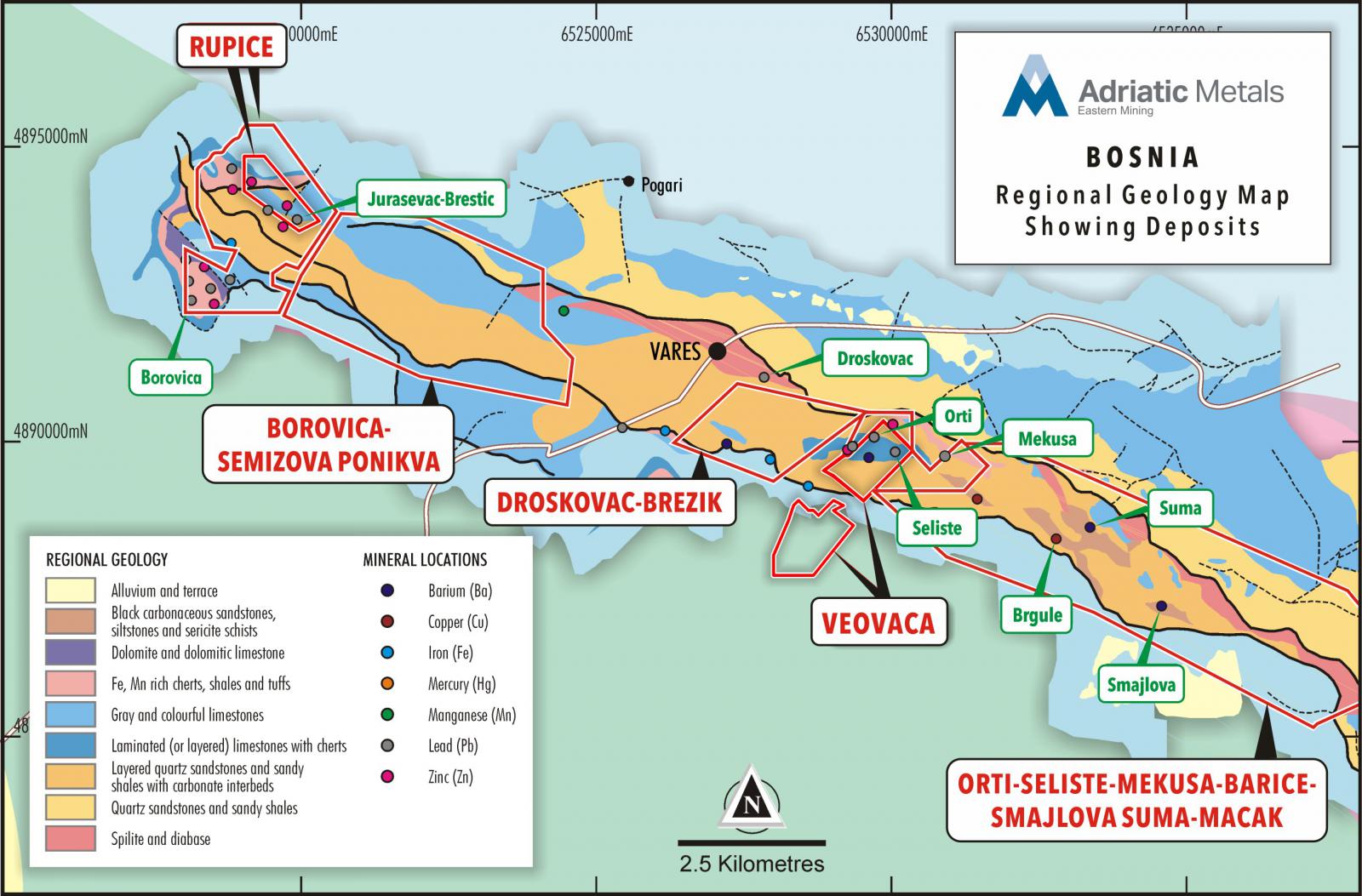