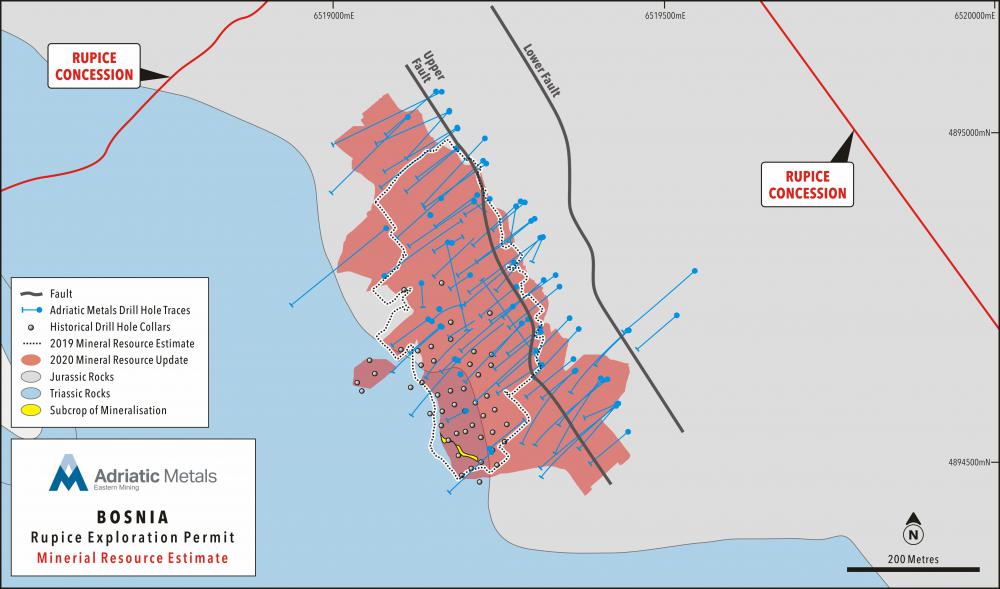 Drill holes drilled by the Company were generally angled –50° to –80° mostly towards the southwest with dip angles set to optimally intersect the mineralised bodies. Additional drill holes were drilled from the opposite direction, and perpendicular to the mineralised trend. All the historical holes were vertical and focussed on the up-dip portion of the Rupice mineralisation.

The drill core was sampled for assay; whole core for the historical drilling and half core (HQ and PQ) for the recent drilling. Recent assays were sent to ALS in Bor, Serbia for multi-element analyses.

The host rocks at Rupice comprises Middle Triassic limestone, dolostone, calcareous and dolomitic marl, and a range of mostly fine-grained siliciclastic rocks including cherty mudstone, mudstone, siltstone and fine-grained sandstone. The main mineralised horizon is a brecciated dolomitic unit that dips at around 50o to the northeast and has been preferentially mineralised with base, precious and transitional metals. The Triassic sequence has been intensely deformed both by early stage ductile shearing and late stage brittle faulting.

The Rupice polymetallic mineralisation consists of sphalerite, galena, barite and chalcopyrite with silver, gold, tetrahedrite, boulangerite and bournonite, with pyrite. The majority of the high-grade mineralisation is hosted within the brecciated dolomitic unit, which is offset and cut by northwest striking, westerly dipping syn-post mineral faulting. This faulting displaces the mineralised body up to 20 metres in places. Thickening of the central portion of the orebody occurs where these faults flexure and deform. Mineralised widths up to 65 metres true thickness are seen in the central portion of the orebody. 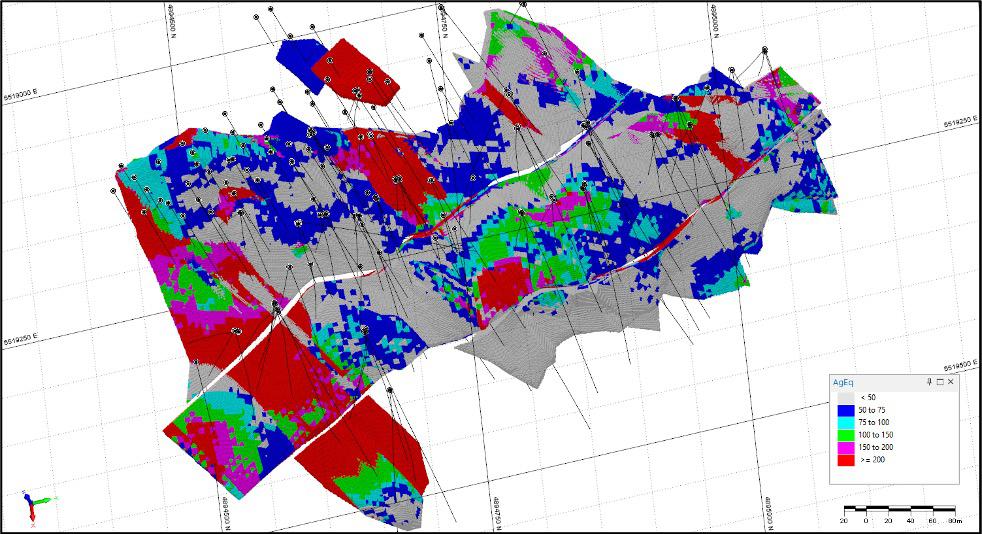 Statistical analysis of modelled domains showed that the main mineralised brecciated dolomite has a bimodal population for the majority of the elements being modelled. The higher-grade populations clustered spatially and were subsequently individually interpreted and wireframed.

Ten elements were modelled; Ag, Zn, Pb, BaSO4, Cu, Au, Sb, Hg, As and S, and the higher-grade populations were interpreted and wireframed for all elements except Hg, As and Sb.

All the domains were interpreted on a section by section basis and were used to generate 3D ‘solid’ wireframes. The same methodology was applied for the individual high-grade populations.

A block model was constructed, constrained by the interpreted mineralised envelopes. A parent cell size of 5 m(E) x 5 m(N) x 5 m(RL) was adopted with standard sub-celling to 1 m(E) x 1 m(N) x 1 m(RL) to maintain the volumetric resolution of the mineralised lenses.

Grades for all ten elements were interpolated into the empty block model using the Ordinary Kriging method and a “parent block estimation” technique, i.e. all sub-cells within a parent cell were populated with the same grade. The OK process was performed at different search radii until all cells were interpolated. The search radii were determined by means of the evaluation of the semi-variogram parameters, which determined the kriging weights to be applied to samples at specified distances.

Metallurgical test work by WAI has confirmed that the Rupice mineralisation is amenable to flotation processes;

A marketing study by a leading consultant in the field of barite confirmed that there is an opportunity to enter the market as a niche player levering any logistical advantages for a supplier in Bosnia & Herzegovina;

The cut-off grade adopted for reporting (50g/t Ag equivalent) is considered reasonable given the Mineral Resource will most likely be exploited by underground mining methods and processed using flotation techniques.

The Scoping Study demonstrated that the deposit potentially has a positive net present value (NPV), and that the mineralised zone is potentially mineable using underground methods under the given economic scenario and parameters. CSA Global did not estimate Ore Reserves for the deposit. The deposit appears to have reasonable prospects of eventual economic extraction under a realistic set of criteria.

The Rupice Mineral Resource has been classified based on the guidelines specified in the JORC Code. The classification level is based upon an assessment of geological understanding of the deposit, geological and mineralisation continuity, drill hole spacing, QC results, search and interpolation parameters and an analysis of available density information. The MRE is reported by classification in Table 1, above a cut-off grade of 50g/t silver equivalent. 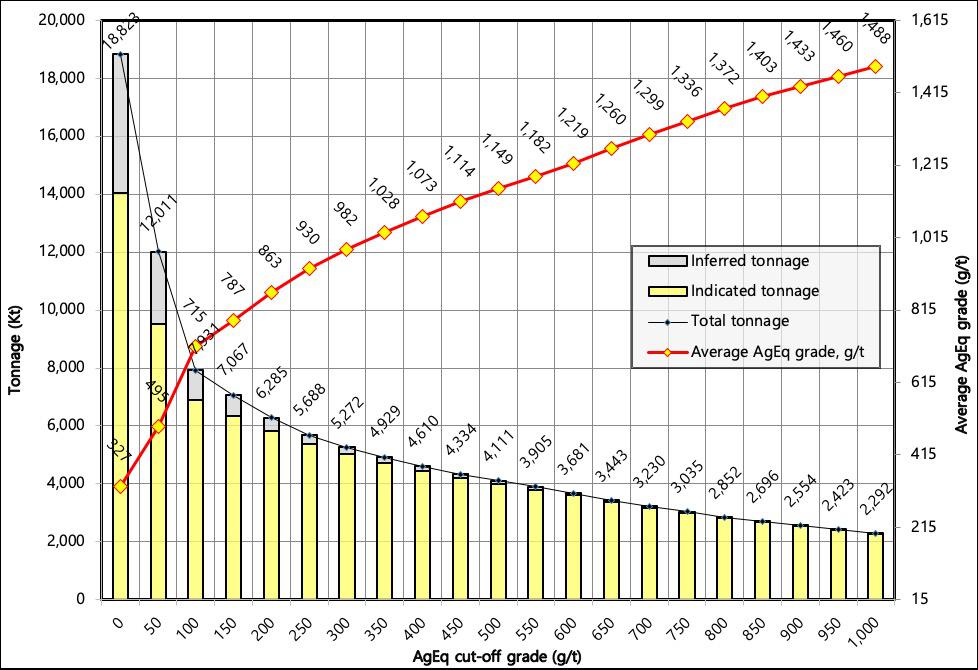